This is a sponsored guest blog post provided by the Editor-in-Chief of The Sleep Advisor.

Listen up people, I’m about to unleash the secret to a healthy and happy life on you. Drumroll, please…get more sleep!

Yep, It’s as simple as that. The secret to a better you is nothing more complicated than getting better rest. The best part of it is, sleeping more won’t cost you a cent and you can even do it without getting out of bed!

We all know that regular exercise and a good diet are the two pillars of a healthy life, what is less well known is that everything else stands – the Sleep Advisor says so! No amount of running around the park and wheatgrass smoothies are going to keep you in top shape if you’re aren’t sleeping well.

Sleep has been referred to as the greatest natural performance enhancer known to mankind. With good reason, there is basically no known mental or physical activity the human body can perform better with less sleep.

Don’t believe me? Well read on below and I will give you three solid gold science-backed reasons why getting more sleep will make you both healthy and happier…

‘I’ll sleep when I’m dead!’ You’ve probably heard a friend cry this refrain as they dash out the door into the night. Well, unfortunately for them, constantly skipping sleep not only means that their demise will come about sooner, they will also have a much more unhealthy life in the years they have left.

A whole host of important bodily processes take place while we are at rest, one of the most vital of these is the production of T-Cells, (you might remember these helpful little chaps from biology class). T-Cells are the vanguard of our immune system, they patrol our body keeping a watchful eye out for foreign invaders, such as viruses.

When we sleep poorly our T-Cell production drops and our immune system becomes impaired. In the short term, this means we become far more susceptible to catching colds and the flu. Bummer!

And far slower at recovering from them. Double bummer!

In the long term, however, having a poorly performing immune system can open the door to an increased risk of a host of far more damaging health conditions, anything from cardiovascular disease to cancer. Yikes!

We don’t just suffer physically when we sleep poorly, mentally we also feel the consequences.

Chronic sleep deprivation, that is constantly getting less than 7 hours a night, has been linked to increased risk of stress, anxiety, and depression. Such is the connection between poor sleep and mental health that insomniacs are at a substantially greater risk of suicide than the well-rested.

As with anything to do with the mind, there is still a lot of debate around the exact mechanisms at play. In recent years, however, there is a growing consensus that if you want to increase your chances of avoiding the antidepressants increase your dosage of sleep instead.

One explanation is that as we sleep our body attempts to regulate the levels of neurotransmitters and stress hormones in our system. If our sleep is constantly broken, or cut short, it stands to reason this regulation won’t be as successful as it needs to be. The resulting imbalances can lead to impaired thinking and a lack of emotional regulation. These disruptions can then cause or contribute to psychiatric issues.

More sleep makes us more optimistic. It might sound a little bit far-fetched but research supports the idea that a better rest can turn even the most committed curmudgeon into a glass half full kinda person.

A study by the University of Binghamton found that individuals who slept badly, or who went to bed later, were far more likely to experience “repetitive negative thoughts” during their waking hours than those who kept more consistent sleeping patterns.

Researchers at Johns Hopkins University found something very similar. A study they conducted found that waking up just once or twice throughout the night can have a detrimental impact on an individual’s positive outlook the following day, compared to someone who slept without interruption.

So when someone tells you to go to sleep as things will seem better in the morning. It turns out they actually will, but only if you sleep well.

When we rest our body and mind works hard to repair and rejuvenate itself. These processes require extended periods of deep and unbroken sleep to function properly. If we don’t give our body the time it needs to complete these actions then we are doing our health a disservice.

Think of it as taking your car to the garage but then driving away before the mechanic has put all the pieces back together. Sound like madness right? Well, that’s exactly what you’re doing if you are consistently getting less than 7 hours of rest a night.

Do yourself a favour, treat your bedtime with as much respect as you can. Take sleep seriously and it will repay you with a happier and healthier life! 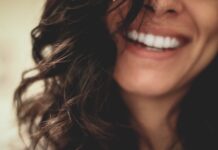 7 Steps for the Most Captivating Smile 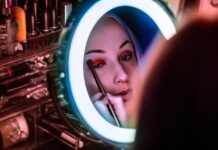 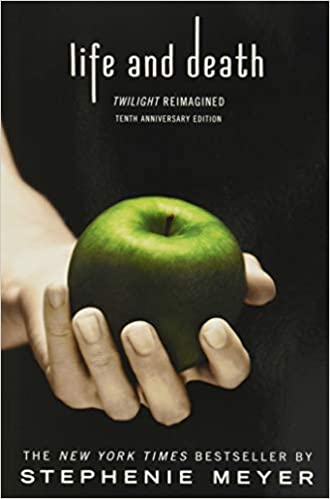 Dressing Room 8 is an online platform where women can learn how to dress with confidence, think with clarity, and live with purpose through blog content and coaching services.
Contact us: [email protected]
© Copyright 2020 - Dressing Room 8
MORE STORIES

How to Stay Sane During the Pandemic

Natasha - July 6, 2020 2
This post was sponsored by Fanola As if the devastating economic impact of the COVID-19 pandemic wasn’t bad enough. This situation is also quickly gearing...